In the heart of 1920’s capital city Luxembourg, Joseph Galler and his brother began a business: “H. Galler – Bonneterie en Gros,” or “H. Galler Wholesale Handknitting Yarns.” Too young to assume the business title, the boys only in their late teens, had to use their father’s name, H. Galler. With hard work and determination, the brothers maintained a successful business for almost 2 decades until the German invasion in 1940.

It took three years to navigate an escape of war-torn Europe, but in 1943, Joseph Galler, wife Renee, and children Henry and Michele, arrived in New York City. Here, Joe began a career with Fiber Yarns, a company that dyed yarns for resale to the trade. To his dismay, he learned that this company was skimming yarn off the top of every order and keeping excess yarn for resale and profit. In the middle of the holiday Christmas party, Joe addressed his boss’ thievery in front of the crowd and quit on the spot. He would rather face an unknown future than accept money from a crook.

Striking out on his own, Joe began TricotLux, eventually incorporating as Joseph Galler Inc. in 1951. Importing only the finest quality yarns and selling at the lowest prices possible earned him a loyal following. His unending work ethic was halted only with his death at the age of 92 in 1993.

Galler Yarns has remained in the hands of Joseph’s family, passing to Henry and now to the 3rd generation, Henry’s daughter Star.

Galler Yarns continues to thrive today with the same ethical standards and integrity that Joe Galler proudly and firmly instated.

We thank you for considering our yarns. 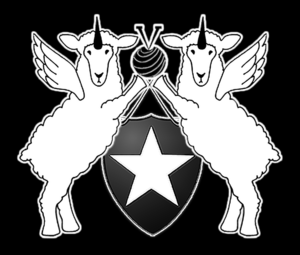 The Sheepicorn™ Logo was designed by Star Galler.